In 1986, Reind Brackman, 24 at the time, and Allart Okx founded Beo (Brackman electronics and optics) in the Netherlands. Beo represented Compulite in the Benelux, selling and servicing light tables.

In 1999 new regulations came into force resulting in a major change within Dutch theaters: all theaters were obligated to replace manual fly systems with mechanical fly systems. As a consequence, theaters had a lower budget for lighting computers.

With the design and development of The New Machine Software (TNM) in 2000 we further paved  the road to our success: one client interface with operator software to control all automized items we manufacture for your over-, on- and under stage drive elements. With the TNM the communication between artists and technicians improved significantly as the system is designed to be easy-to-use.

With the acquisition of the former Stakebrand in 2009, and the launch of the CueSupport department, Trekwerk was able to not only design but also build and maintain soft- and hardware applications for their customers.

At the end of 2019, the three departments became three distinguished operating companies: BEO Trekwerk, BEO Staal and CueSupport. To facilitate these companies the BEO Group was set up.

Together, we have designed, built and installed over 120 theater systems worldwide.

You may already have experienced our technology without even knowing it!

Our references include, but are not limited to, the National Theater in Oslo, the Barbican Theater in London, Stadsschouwburg in Amsterdam and the Berliner Festspiele in Berlin.

Please click here  to view a selection of our reference projects. 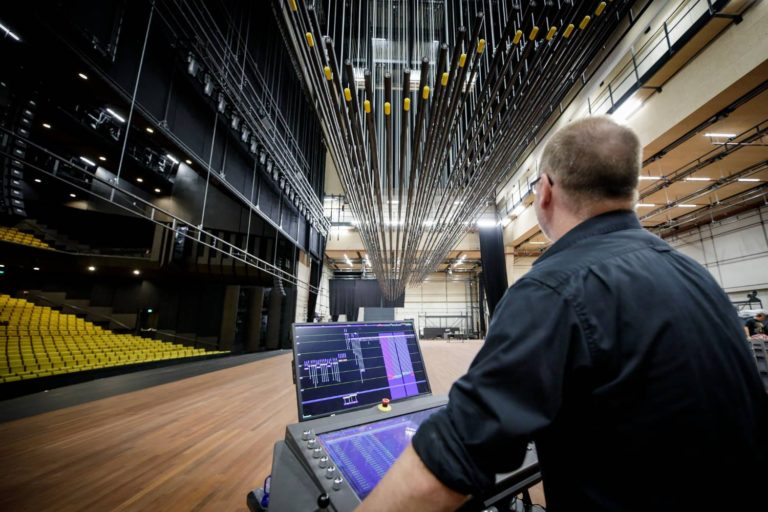 What do we do?

As a part of the BEO Group , Trekwerk designs, engineers and constructs technical stage solutions and installations for theaters, concert halls and events. Our solution entails building and developing control software, winches, steel constructions and customized engineering in theaters.

Once a project is completed we offer after care through full service & training.

Want to know more about the applications we design and the technology we use? Check out this page!  Do you have any specific questions? Give us a call or send us an e-mail. You can find our contact  information at the bottom of this page.

Our People: We Are Trekwerk

Yes, our products are great and our service is outstanding. But our people are our greatest assets. They make the difference. They innovate, engineer, produce, construct and maintain your system.

To guarantee a smooth project we organise ourselves in dedicated project teams:

Our colleagues at CueSupport train your operators and make sure that you always have  a safe and well maintained installation.

The commitment of our people ensures that your show will always go on. They are devoted to theater.

Our key values can best be described as creative, personal and committed: